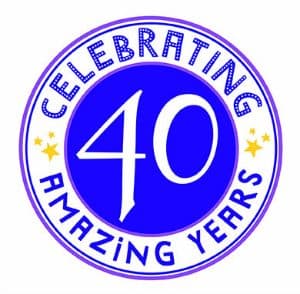 Vancouver, BC (April 19, 2017) – Celebrating its 40th year of presenting remarkable, world-class theatre, music, dance, circus, puppetry and storytelling to West Coast children and families, the Vancouver International Children’s Festival returns on May 29 – June 4 to Granville Island. This year, thirteen professional performing artists from as far-reaching as Mexico and Australia will be performing 93 shows in six of Granville Island’s indoor theatre venues. The Festival expects 25,000 children and adults in attendance.

The 40th festival features a legacy-inspired lineup including Canadian music icon Fred Penner and a special concert with his friends, Charlotte Diamond, Norman Foote and Rick Scott.  Other highlights include a special birthday party and a number of all ages shows, such as Afrique en Cirque and Aché Brasil that will dazzle you with their physical feats. For our younger audience, we have delightful performances such as Grug and the Rainbow and a baby show, Pulse from the hit theatre company Teatre al Vacio.

“An interesting phenomenon is occurring where the Festival has reached a place where children who grew up attending the Festival are now returning as parents with their own young children.  Millennial parents are eager to share the Festival with their kids and are enjoying the nostalgia of revisiting the experience again,” explains Katharine Carol, Artistic and Executive Director.  “While the Festival has evolved over the years, it continues to deliver new and diverse, quality live performances that open a world of creative possibilities.  A world in which future generations can build on a passion for the arts that we share with them at the Festival.”

In addition to the many incredible shows being presented, the Festival’s Activity Village make it easy for the whole family to be creatively playful together. With over 19 arts activities, there are many ways to engage your imagination and enhance your creativity all while having fun together as a family.  Each performance passes include an Activity Village wristband.

Tickets are now on sale and can be purchased online at childrensfestival.ca, by phone at 1.877.840.0457, in person at Tickets Tonight, Plaza Level, 200 Burrard Street, Vancouver or during the Festival at our on-site box office located between Festival House and the Waterfront Theatre on Granville Island.

Tickets start at $12.50 per child/senior and $22 per adult plus tax and service charges. All passes include an Activity Village wristband.

For access to the arts Activity Village only: purchase an Activity Wristband for $6 per person (sold onsite only).  Wristband price includes GST and Service Charges.

Pulse (Mexico) – A joyous and stimulating experience for the youngest of audiences, Pulse is a rare opportunity for babies to experience live theatre created just for them! Using the language of music and movement, this intimate performance is designed to capture the imagination and curiosity of babies. The actors and wooden blocks become the ever-changing and captivating shapes, sounds, movements and possibilities of the performance. As the suspense builds, fascinated babies want to know what will happen next. Ages 0-3.

The Canada Show (British Columbia) – In an action-packed sixty minutes, The Canada Show takes you on a hysterically historical joy-ride through 20,000 years of Canada. Told from the point of view of three bickering historians – one First Nations, one French and one just trying to keep the whole thing together. Hold on tight for this fast-paced, irreverent and absolutely hilarious adventure as you watch these three singing historians battle to tell their version of Canadian history. Learn about parts of our history few knew existed in a fun and unique way! Ages 7 and up.

Afrique en Cirque (Québec) – You’ll be blown away by Afrique en Cirque’s breathtaking display of daring acrobatics and death-defying feats! Kalabanté will have you gasping in amazement. Come experience a mix of modern circus and traditional African dance and music, including drums, kora and singing that come to life in a spectacular show of stunts and tricks. Afrique en Cirque is sure to ‘wow’ you with its magic, fun and excitement all set to a fiery rhythm. The Troupe’s ‘joie de vivre’ is so infectious that afterwards, you’ll be back flipping, singing and dancing out of the theatre. Kalabanté! All ages.

Fred Penner (Manitoba) – Sing along with one of Canada’s best-loved children’s singers and two-time Juno winner Fred Penner at this year’s Festival! Fred has been charming audiences for over 35 years with catchy songs that speak to the wonder of childhood such as “The Cat Came Back” and “What a Day.” Fred’s award-winning music and meaningful lyrics have created a lasting impact that has crossed generations. His warmth and enthusiasm give him an instant emotional connection with fans both young and old. Don’t miss introducing your children to this Canadian music icon. Ages 1-7.

RupLoops (British Columbia) – Imagine your child’s delight when they realize that they’re part of the show! Don’t miss this fun, interactive and dynamic performance. Through body percussion and beatboxing, Rup demonstrates and teaches how the body is indeed a musical instrument. Rup is a master at engaging kids from the opening beats until the end of the show. He uses his diverse skills as a musician to create a pulsating, entertaining and engaging musical experience. A fun and captivating way to explore the universal language of music, be sure to ‘kick it freestyle’ with RupLoops! All ages.

Le Groupe Swing (Ontario) – Are you ready to be swept up in a tornado of music and dancing? This energetic urban folk band will get kids off their feet and dancing up a storm. A favourite of Franco-Ontarians, the band has performed over 1,000 concerts for their young fans. A fusion of fast fiddling, RnB, rock and traditional French music, these folk bandits provide non-stop, upbeat rhythms for an exuberant dance party they call Tradarnac. An exciting visual feast with catchy songs, electrifying fiddlework and contagious dancing, we guarantee that by the end of the show, you won’t be sitting in your seat! All ages.

Grug and the Rainbow (Australia)- Get ready to fall in love with the most adorable character from down under! Bursting with curiosity and joy, Grug loves a good adventure! In fact, he loves it so much that he sets off on a quest to capture a rainbow that always seems just beyond his grasp. But luckily, Grug has you to help! Watch children’s faces light up as they follow Grug along on his whimsical journey. Children will be fascinated with the accessible storytelling and exquisite set that bring an imaginary world to life. Delighting audiences around the world, Grug and the Rainbow is a perfect example of children’s theatre at its best. Meet Grug and be ready for whatever surprises come your way! Ages 3-7.

A Heart in Winter (Québec) – Get swept away on an epic journey with Gerda, a little girl with big courage as she embarks on an adventure in search of her missing friend. During her travels, her courage and determination are tested. Will she finally find her friend Kay and save him from the Snow Queen? With humour and simplicity, actors and puppets tell the story of Hans Christian Andersen’s beloved tale The Snow Queen. A Heart in Winter revisits and adapts this classic tale creating a beautiful and stunning production not to be missed. Come see this story come to life through the spectacular and brilliant eyes of Théâtre de l’Oeil. Ages 5 and up.

Clancy and the Wild Moccasin Dance Sisters (British Columbia) – Pow wow dances are beautiful expressions of First Nation spirituality, history and culture. Come celebrate this rich cultural treasure with the Clancy and the Wild Moccasin Dance Sisters. You’ll be mesmerized by the dramatic dancing, spectacular regalia and thrilling drumming. The Wild Moccasin Dancers are a dynamic troupe that showcase the stunning vibrancy of pow wow culture through dance. Experience an interesting mix of traditional dancing and drumming enhanced with contemporary beats and style! Kids will be captivated by the beauty, skill and precision of the dances – true poetry in motion! All ages.

Aché Brasil (Brazil/British Columbia) – There’s going to be a dance party and you’re invited! Get ready for an explosion of colour, energy and music that embodies the lively culture and rhythms of Brazil. The exhilarating combination of martial arts, dance, music and acrobatics known as capoeira is full of kicks, flips and vibrant colours. Dazzling costumes, hypnotic rhythms and energetic dances will sweep you away. Performed to the music of drums and the ancient stringed berimbau, the lively dancers of Vancouver’s own Aché Brasil will knock your socks off! A delightful, high-energy show that will leave you asking for more! All ages.

The Itch of the Golden Nit (United Kingdom) – Created by the Tate Modern with Aardman Animation (Chicken Run, Shaun the Sheep, Wallace & Grommit, Arthur Christmas), this groundbreaking project involved more than 34,000 school children to create the artwork and conceive the storyline for this delightfully funny 30-minute animated film. Will 11-year-old Beanie save the universe and return the Golden Nit to its rightful place? British Academy of Film and Television Arts (BAFTA) award winner and Guinness World Record holder! Ages 4 and up.

National Film Board – Animated Shorts – The Canadian Story (Canada) – We’ve compiled the best, must-watch National Film Board (NFB) films that tell the Canadian story.  From iconic classics like The Sweater to modern takes on what it’s like to experience being new to Canada in From Far Away and Le violon chinois these films create a woven tapestry of the cultures and experiences that make up the Canadian identity. A rare treat, these are films you can’t find at your local movie theatre.  Come experience Canadiana at its finest and explore what it means to be Canadian. Ages 5 and up.

Variety Show – Watch Festival performers cut loose at our annual Variety Show! This year’s tour de force, hosted by none other than Fred Penner, features the daring acrobatics and death-defying feats of Afrique en Cirque, the high energy and uplifting beats of RupLoops, a dance extravaganza from a Wild Moccasin Dancer, a hysterical joy-ride through Canada’s history with The Canada Show, plus for a special treat, sing along with one of Canada’s best-loved children’s singers, as host Fred Penner will also be performing! This fun-filled evening is always a highlight for kids and adults alike. All ages.

Fred and Friends – With so many stars in one room, you’re going to need sunglasses!  For our 40th Festival, we’re bringing back some past festival favourites to help us celebrate! Don’t miss the best of the Festival musical extravaganza with Fred Penner and his friends, Charlotte Diamond, Norman Foote and Rick Scott all on stage for one great show!  Join Fred Penner for a rare and extraordinary performance featuring the zany antics of Norman Foote, the beautiful songs of Charlotte Diamond and the always colourful and quirky hysterics of Rick Scott.  Sing along with 4 of Canada’s best-loved children’s singers. Ages 1-7.

Charlotte Diamond (British Columbia) – For 30 years, this multi-award winning musician and Order of Canada recipient has inspired children to sing, dance, care for each other, and celebrate Canada’s cultures.  One of BC’s best-loved entertainers, Charlotte creates musical fun with her many catchy kids’ classics including ‘Four Hugs a Day”, “I am a Pizza”, “Octopus” (Slippery Fish), and “All the Nations Like Banana.” Ages 1-7.

Birthday Party – You’re invited to a party!  Get your face painted, dance, play games, sing “Happy Birthday” and join us for birthday cake.  It’s sure to be a great party! Come help us celebrate the Vancouver International Children’s Festival’s 40th birthday. All ages.

The first of its kind in North America, the Vancouver International Children’s Festival began as a theatre festival for young audiences presenting international performances. Today the Festival is multi-disciplinary presenting theatre, music, dance, circus, puppetry and storytelling and over the years has been an inspiration to major cities throughout Canada and abroad, where annual children’s festivals now take place.