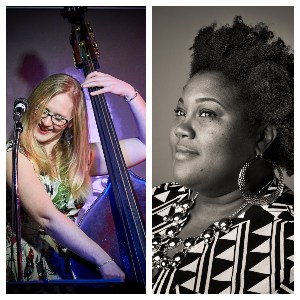 Vancouver, BC (February 5, 2020)– The Vancouver International Children’s Festival and The BlueShore at CapU are excited to co-present the second annual spring concert series dedicated to the memory of Vancouver music fan and promoter Kevin Mooney.

Admission to the concerts is free but donations to the BC Professional Fire Fighters’ Burn Fund are encouraged. Attendees are asked to arrive early as space is limited at the hall and entrance to the concerts will be first come, first served.  More information about the concerts can be found at childrensfestival.ca/firehall.

Vibrant, genuine and soulful, Dawn Pemberton crafts her music with a sense of adventure, quirkiness, and serious groove and shapes it into her own unique and dynamic package.

The Vancouver International Children’s Festival and The BlueShore at CapU gratefully acknowledge the following for their generous support: The Timothy C Kerr Family Foundation, The City of North Vancouver Fire Department, The North Shore Newsand VancouverMom.ca,

About the Vancouver International Children’s Festival

The longest running professional performing arts festival for young audiences and the first of its kind in North America and Europe, the Vancouver International Children’s Festival presents the world’s finest music, theatre, dance, puppetry, acrobatics and storytelling, as well as creative arts activities for the entire family. Families come to Granville Island from near and far to experience this extraordinary annual arts festival created specifically for children and families. The 2020 Vancouver International Children’s Festival takes place on May 25 – May 31, 2020 on Granville Island.

Kevin Mooney was a beloved music promoter, loyal friend and an inspiration to a large community of Vancouverites with discerning taste and sense of adventure.  His legacy as a music programmer dates back to the early 1990s when he launched Café Django as a live jazz venue that attracted many world class acts.  He next produced and programmed The Vancouver Sun Concert Series which presented more than 350 concerts in 150 venues in more than 20 Greater Vancouver communities.  In 2001, Kevin and Fiona Black (The BlueShore at CapU’s Director of Programming), conceived and launched the North Shore Jazz Series in partnership with the Vancouver International Jazz Festival which continues to this day under Black’s direction. Of all his various enterprises, Kevin was most proud of the Firehall Concert Series, launched in partnership with Fire Departments in Vancouver and North Vancouver.  He produced dozens of concerts in more than 10 working firehalls with all proceeds donated to the BC Professional Fire Fighters’ Burn Fund.  The Kevin Mooney Firehall Concert Series is dedicated to Kevin’s generosity of spirit and love for live performance.

About The BlueShore at CapU

The BlueShore Financial Centre for the Performing Arts officially opened in October 1997 as the Capilano College Performing Arts Theatre. In support of the institution’s performing arts programs, the 372-seat theatre was built as a much-needed performance space designed to nurture and showcase the university’s emerging artists.
The theatre has evolved to encompass a broad range of arts programming including the founding and production of several distinct series including the CapU Jazz Series, CapU Global Roots Series, CapU Classical/Choral Series, CapU Theatre Series, CapU Speaker Series and North Shore Jazz Series in partnership with the Vancouver International Jazz Festival.

Download the Map of our Venues on Granville Island »