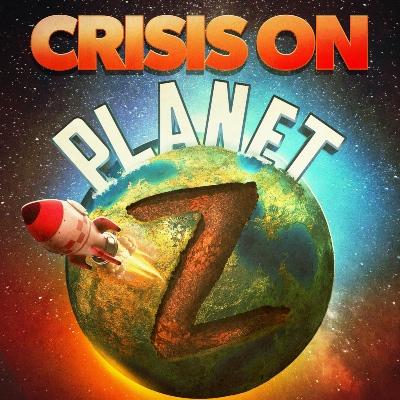 Zennifer lives on Planet Z, the only planet they have ever known. The Alphabetians are celebrating 100 years of being on Planet Z when Zennifer makes a horrifying discovery: they haven’t been ‘improving’ the planet, they have been slowly destroying it! With the help of a baby Ziffle… and a mushroom, Zennifer tries to warn the Alphabetians to change their ways, but they are ready to abandon Planet Z and blast off to the next planet. Little do they know, there is no next planet: Planet Z is the last planet in their solar system! Together, the Alphabetians must account for their actions and find a way to save Planet Z. A hilarious play about a serious topic, Crisis on Planet Z expertly manages to raise awareness about climate change through joy and fun.

In-person
Watch a live performance at the venue.