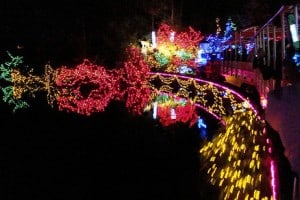 A fun all-ages New Year’s Eve event with: ice skating, live music, roaming performers, free noisemakers, glow sticks and an early countdown at 7pm and 9pm. For some fun on New Year?s Day, the rink
is open during its regular hours for free skating.

This activity filled event has something for everyone: an open Snowplay area, tubing and tobogganing, a fire spinning show, holiday music, fire pits, hot apple cider and s’mores, fireworks, and an
early countdown at 9pm with party favours and sparklers. Tickles and Yowza the Clown will be providing entertainment throughout the night, including comedy and circusskills. Food trucks will be set
up offering various goodies. Tickets are already on sale for this fun and festive evening!

Ballet BC Presents the Alberta Ballet?s

This wonderful and timeless ballet is a holiday classic! Tchaikovsky?s ballet with dancing mice and the Sugar Plum Fairy is fun and engaging for all ages. It is being held at the Queen Elizabeth
Theatre with music by the Vancouver Symphony Orchestra.

For a fun filled day, Canada Place has lots of Christmas themed activities all in one location! Including indoor ice skating, Santa and his workshop, miniature holiday train, curling, Christmas
tree display, and performances by the Goby Datt Duo.

Tickets: by donation, with a suggested minimum of $4

The Stanley Park Miniature Train is turned into a winter wonderland with three million marvelous light and holiday displays brightening up the surrounding forest; the whole family can ride the
train, watch animated displays, enjoy holiday music, and keep warm with hot cocoa and popcorn. Partial proceeds from ticket sales go to the BC Professional Fire Fighters’ Burn Fund.

With over a million festive lights, the garden is transformed into a magical holiday wonderland for the whole family. There is a Dancing Light show every half hour, puppet shows, photos with
Santa, and a variety of treats and warm drinks.

Part of the Arts Club Theatre?s annual holiday-themed productions, Mary Poppins is a classic family musical that is magical for any age! Performances are being held at the Stanley Industrial
Alliance Stage on Granville St. and West 12th Ave.

For some New Year?s fun a little ways from home, this is an all ages and alcohol free celebration! The entertaining free events are the Fire and Ice Show and fireworks at midnight. At a variety of
dazzling indoor and outdoor locations, the paid ticket events include: outdoor skating in the Village, a Warming Hut with songs and treats, live Vaudeville performers, bubble wrap stomp and balloon
drop, face painting and crafts, a bouncy castle, and an early 9pm countdown.