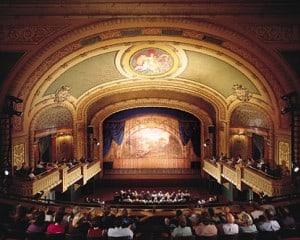 Where are you right now?

I?ve just returned to Vancouver from Austin, Texas, where I attended the International Performing Arts for Youth conference.

What other attractions did you see while you are there?

I had no time for sightseeing. The program was packed with shows, displays and opportunities to meet artists from around the world.

Who stood-out the most and why?

A fantastic Irish production called The girl who forgot to sing badly. It was engaging, clever, magical, and it made me laugh until my face ached.

Did you meet anyone that made you squeal with excitement?
I met three delightful Iraqis in the hotel elevator. When l told them l was from Canada, they squealed with excitement exclaiming, ?We love Canada!?

What was the strangest thing you saw?

As l walked to the Paramount Theatre, a group of runners and a cyclist on a tricycle passed me with a karaoke machine attached to the bike and one of the runners singing. Running karaoke! Now,
that?s a first.

What made this trip successful for you?

Meeting fabulous artists from all over the world and watching a number of delightful shows l?m interested in bringing to Vancouver.

What was the #1 highlight?

The Paramount Theatre, built in 1915, is a gorgeous theatre originally created as a Vaudeville House. Many famous performers including Katharine Hepburn, Lily Tomlin and George Carlin have graced
the stage. The theatre has a curtain running along the top of the proscenium that is actually a tapestry with a large hole in the upper left hand corner. The hole was as a result of the theatre
presenting Houdini who needed to run some rigging through the tapestry in order to complete one of his fantastic tricks. The theatre is full of stories, and a history that the people of Austin are
very proud of.

Where are you headed next?

Montreal for Petit bonheurs, a festival created specifically for the under six crowd.